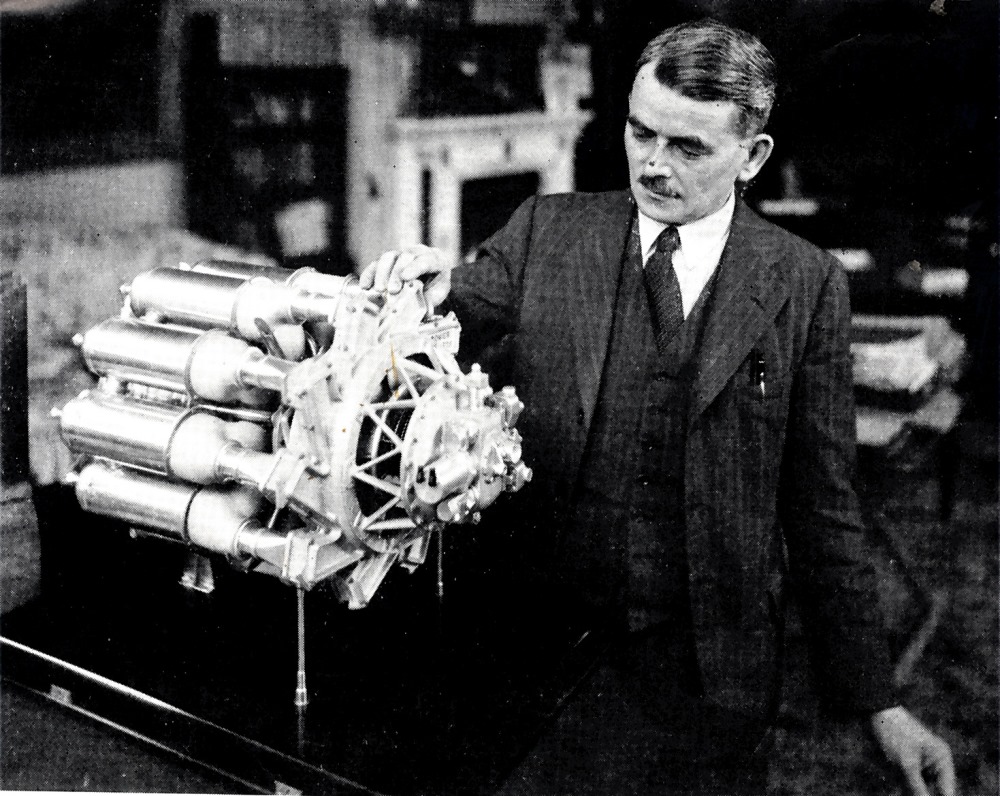 Sir Frank Whittle made crucial breakthroughs in the engine's development while working in Rugby.

Sir Frank ran the first successful test of his turbo-jet engine at Rugby's British Thomson-Houston works on 12 April 1937, and in the following years based his design team at the town's Brownsover Hall while the prototype was perfected at a disused foundry in nearby Lutterworth.

A sculpture commemorating the work of Whittle, the father of the jet engine, can be found in Rugby's town centre.

A nation's ability to fight a modern war is as good as its technological ability."